We are a team of professionals knowledgeable and experienced in not only biogas technologies but also upstream feedstock and downstream gas processing...

More about us What we do

Our services include feedstock analysis, complete analysis of downstream utilization of Biogas, funding and permitting assistance, and more...

Sanjay Parab is a chemical engineer with an extensive experience in product development, engineering design, manufacturing, construction, and project management related to renewable energy, pharmaceutical, polymer, and chemical industries. He has a thorough understanding of the North American biogas market and has developed client relationships in multiple sectors. He has developed a proprietary process that improves downstream processing of gas as well as patents in biogas processing for use in fuel cells and in improving fuel cell technology. Sanjay holds a masters in chemical engineering from City University of New York and an MBA from Boston College. 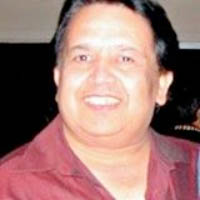 Dr. KRS Murthy is an award winner corporate executive with track record of accomplishments in some of the fastest growing private and Fortune 500 public companies to include General Electric and AT&T. One of the companies led by him won awards and accolades of record growth from $60 M to over $500 M in revenue and $3.5 B in valuation in one year. He has secured over $100M R&D funding. He is an international expert in accelerated corporate growth, M&A and corporate governance, with a track record of some of the high profile M&A in USA. He is also the founder / advisor to universities in USA, and advisor to universities in different parts of the world. He was a professor of Electrical and Electronics Engineering in California State University (CSU), Pomona. Murthy has led research and management projects in many technology areas, examples including software, IT, telecom, wind, other biomass, fuel cells, nano / micro, composite materials, venture capital, corporate competitive strategy, strategic alliances. Murthy’s leadership includes Board of Director roles in IEEE, six of its societies, international boards, conferences and publications.

Mr Nuggehalli C Vasuki is a distinguished civil-environmental engineer with over four decades of experience in solid waste and recycling management programs. He worked with the Delaware Solid Waste Authority (DWSA) for over 30 years, retiring as its CEO. Delaware Solid Waste Authority (DSWA) is an independent organization of the State of Delaware to plan and implement a statewide solid waste management program including recycling, modern landfills, and landfill gas recovery for power generation. DSWA is a world leader in safe landfill technology. He was until recently President of the Delaware Engineering Society and Vice President of the International Solid Waste Association. He has more than 60 technical publications and one reference book to his credit and has served as an invited lecturer dozens of organizations and institutions around the world. He has received a number of awards, including Government Engineer of the Year Award, the Roy F Weston Award, the Edward J Cleary Award from the American Academy of Environmental Engineers, and the Distinguished Alumnus Award from the College of Engineering at the University of Delaware. Many of his projects have also received awards. Mr Vasuki holds a bachelor’s in civil engineering from India and a master’s from the University of Delaware. He is a registered professional engineer and a Board Certified Environmental Engineer (BCEE) in Solid Waste Management of the American Academy of Environmental Engineers and Scientists (AAEES). 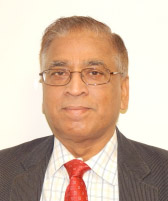 Mr. Patel is the Director of Special Systems and Research at FuelCell Energy, Inc., INC (FCE). He is also a Member of the Board of Directors of California Hydrogen Business Council (CHBC). He has been working in the clean and green energy field for almost four decades encompassing fuel cell power plants, hydrogen and waste to energy arena. He is recipient of many recognition awards by US DOE, State of Connecticut, and Electrochemical Society’s New Technology award, American Society of Mechanical Engineers, among others. Currently, he is responsible for development of innovative fuel cell applications for smart grid, coproduction of liquid bio-fuels, bio-refineries and chemical plants. He has made major contributions to all types of fuel cells including carbonate, solid oxide, PAFC and PEM through 20+ patents and over 200 papers and invited presentations in USA, Canada, Europe and Asia. Mr. Patel is doing pioneering research in development of low-cost solutions for hydrogen infrastructure for fuel cell vehicles and energy storage, particularly using renewable fuels such as waste-derived biogas, ethanol, bio-diesel, glycerol, etc. As a member of Energy Storage Committee of CHBC, Mr. Patel has been actively engaged in the advance Energy Storage needed to increase use of solar and wind energy in California State. He has worked internationally with leading energy companies in USA, Canada, Germany, Denmark, Italy, UK, Japan, Korea and India. The cumulative value of his collaborative Research, development and demonstration projects exceeds US$ 500 million.

Mr.  Govindaraju Krishna Rayalu, has a distinguished career of over 40 years as an Aerospace, Earth Imaging Technologist living in Brazil . He is in every true sense a space engineer. Early on in his career, he worked at ISRO and later at INPE, Brazil. Among others, his core specializations include Earth Imaging cameras for Remote Sensing Satellites globally. He brings with him over 2 decades knowledge of Waste to Energy in addition to his experience in Space Technologies, Mobile applications, Solar power, Clean and Green Technologies.  He played a crucial role in development and creation of SELCO International that owned and operated MSW segregated RDF at Hyderabad and to Power facility in Shaadnagar which are in now Telangana. 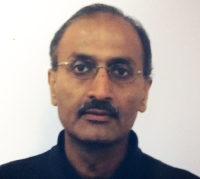 Mr. Nara Narahari is currently promoting key technologies from concept to commercialization. As a COO his engagement with Clean Air Partners (CAP) was, to provide business and marketing strategy to promote Electrostatic-DPF in developing nations to minimize diesel particulates and pollutants in accordance with EU Standards. But formerly as an associate to the Dean, School of Engineering at UC Merced and Director of Strategic Partnerships, his role in the fledging School was crucial in fulfilling its vision and mission as in, identifying new research areas/angles and pathways for collaborating with national labs, industries, thought-leaders, etc.

In industry, he was an Executive Manager at Lucent.

In 30 years of his career, he led successive R&D teams including development of a memory chip (used in Patriot Missile) at the Defense Labs in Maryland, through multiple cycles of innovations managing significant cost effectiveness, data analytics and increasing IP portfolio. Also led inter-company, industry-university collaborative research programs for innovations that led to successful commercialization of semiconductor equipment and device analytics, device products and services.

As a consultant helped technology start-ups, such as, Innanovate, Aspen Technologies, Simted and CAP. Been a founding board member at North Shore InnoVentures (NSIV), a biotechnology accelerator which promoted around 200 biotechnology startups in Beverly, Ma; Purveyor of alliance strategies at North Shore Technology Council (NSTC); Interacted with Massachusetts State Senators and legislative policy makers, Office of the Governor for Economic Development, industry partners such as Raytheon, GE, Teradyne, EMC, CISCO Systems & Microsoft and many universities in the state of Massachusetts. ”, all part of his ethos around the creation of technology ecosystem. Olin